J. Ashley Twombley is an experienced litigator with the ability and energy to tackle the most complex cases, and deliver results.  He practices in the areas of catastrophic personal injury litigation, high net worth estate and probate litigation, and complex business litigation. Mr. Twombley's clients are diverse and range from individual plaintiffs to S&P 500 corporations. 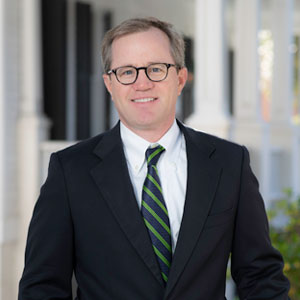 Mr. Twombley attended law school at the University of South Carolina where he served as the Managing Editor of the South Carolina Law Review. He then clerked for the Honorable Margaret B. Seymour in the United States District Court for the District of South Carolina. Following his clerkship, Mr. Twombley joined the Atlanta office of King & Spalding, an international corporate law firm that represents half of the Fortune Global 100 with 1,100 lawyers in 17 offices in the United States, Europe, the Middle East and Asia.

In 2006, Mr. Twombley moved to Beaufort, South Carolina and formed Twenge + Twombley Law Firm with Karl Twenge. Since that time, he has recovered over $50,000,000 in settlements, judgments, and verdicts on behalf of his clients; tried cases in state and federal courts; represented clients before the Fourth and Eleventh Circuit Court of Appeals; successfully argued cases before the South Carolina Supreme Court and Court of Appeals; and represented clients in complex estate and business litigation cases where hundreds of millions of dollars were in dispute. Mr. Twombley has also represented clients in arbitrations before the American Arbitration Association and JAMS. Mr. Twombley is a permanent member of the Fourth Circuit Judicial Conference.

At the age of 36, Mr. Twombley received an AV Preeminent Rating from Martindale Hubbell, the highest peer rating standard. This rating is given to attorneys who are ranked at the highest level of professional excellence for their legal expertise, communication skills, and ethical standards by their peers. In 2013, Mr. Twombley was selected to the South Carolina Super Lawyers Rising Stars list. Each year, no more than 2.5 percent of lawyers in the state are selected by the research team at Super Lawyers to receive this honor. From 2015-2022, Mr. Twombley was named as a South Carolina Super Lawyer by Reuters, an honor given to only 5 percent of lawyers in the state. Mr. Twombley was selected to these lists by peer nominations, independent research and a review by attorneys in the same practice areas.

Mr. Twombley has handled a variety of complex and unique cases.

Mr. Twombley also has an active pro bono practice and has represented clients with civil rights claims related to mistreatment in prison as well as various other matters. Mr. Twombley has been appointed by five different United State District Court Judges to handle appointed civil rights cases for pro se prisoners who survived summary judgment and their cases were ready for a trial by jury.