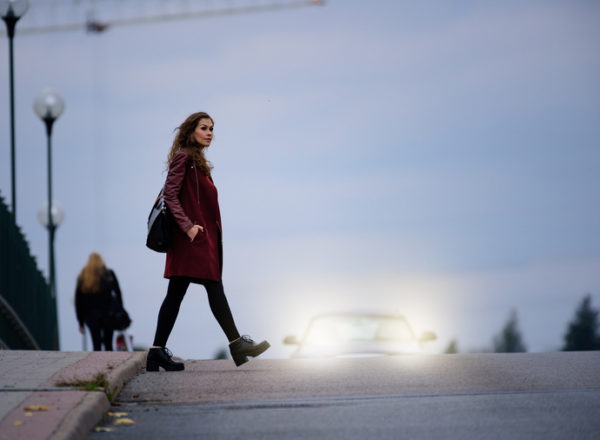 A senior man has been identified as the person killed in a motor vehicle v. pedestrian crash on Lady's Island.

The fatal pedestrian accident took place in late December 2021 at around 8:15 p.m. on Sea Island Parkway between Meridan Road and Youmans Drive, according to local media reports.

This section of US-21 features a center turn lane and is flanked by sidewalks, restaurants, shops, gas stations, and other businesses. Traffic was diverted from the area for several hours while South Carolina Highway Patrol investigated the incident.

Recently, the Greenville County Coroner identified the pedestrian killed in the crash as a 79-year-old Greenville man. As of this writing, the accident's cause was not readily available. It is unclear if charges will be filed against the driver.

It's the type of tragedy South Carolina is all too familiar with. The state was recently ranked as having the 4th highest total fatal pedestrian accidents in the U.S.

South Carolina has been grappling with a high rate of fatal pedestrian accidents for at least the last decade. Some years the South Carolina pedestrian death rate is twice the national average.

According to South Carolina state data, the number of pedestrian fatalities has increased from 90 in 2010 to 187 in 2020.

In 2022, South Carolina ranks as the 4th highest in the nation for pedestrian deaths. Right now, the death rate is more than 60 percent higher than the national average, according to Car Insurance Comparison, which did the ranking.

"These can lead to traffic accidents with pedestrians when drivers try to veer away from damaged pavement or hit something that causes them to lose control of their vehicle," study authors say.

Still, that's no excuse for hitting someone with your car.

From 2017-2019, the most recent federal data available, locations of fatal Beaufort County pedestrian accidents include:

Many local, deadly pedestrian accidents have also occurred on US-287, including these locations:

When people die after getting hit by a car, the surviving family members may have the option to file a "survival" action as well as a wrongful death lawsuit. These types of damage awards can be sought if the at-fault driver was negligent in the crash.

In South Carolina, a survival action seeks compensation for crash-related medical care and other expenses incurred between the time of the accident and when the victim died.

A wrongful death lawsuit seeks compensation for expenses and losses incurred after the death such as:

Typically, in South Carolina, surviving actions and wrongful death lawsuits can be pursued by the spouse, parent, or child of the deceased. Seeking civil damages through the courts can be done whether the at-fault driver is ever charged, convicted, or found innocent of committing an accident-related crime.

Every case is different, though, which is why it's so important to consult with an attorney about your specific situation.

Let our law firm fight for the justice you deserve

If you were injured or suffered the loss of a loved one in a Beaufort County pedestrian accident, legal help is available. At Twenge + Twombley Law Firm, our highly skilled attorneys have the knowledge, experience, and resources to aggressively advocate for your best interests and fight for the compensation you deserve.

We are ready to help. Contact us today to schedule a free and confidential consultation.