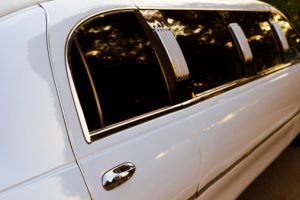 We see them at almost every wedding, prom, political event and special celebration in greater Beaufort. Limousines, each carrying up to 20 passengers to the event.

Limo accidents are usually rare, but when they do occur, they can result in passengers and other road users sustaining severe and potentially fatal injuries. If you are the victim of a limo crash, an experienced auto accident attorney can answer your legal questions and guide you through the claims process.

A devastating limousine accident in Upstate New York recently took the lives of 18 vehicle occupants and two pedestrians after the vehicle failed to stop at a stop sign and crashed into a parked SUV.

Not only did the operator of Prestige Limousine fail to maintain his vehicles, he allegedly hired a driver who didn’t have the proper licensure. The operator was arrested and now faces charges of criminally negligent homicide.

If You Were Injured In A Limo Accident, You Deserve Justice

Between 2012 and 2016, there were reportedly 12 traffic fatalities caused by limo accidents in the US. But a limo accident can happen at any time. Lives can be turned upside down, and crash victims can be faced with months of physical therapy, medical expenses, and lost wages.

If you or a loved one was injured in an accident involving a limousine, it’s important that you understand your rights. If the limousine company operator acted negligently, he or she should be held accountable.

At Twenge + Twombley Law Firm, we have decades of experienced helping crash victims obtain compensation and holding negligent parties accountable for their actions. We’ll fight vigorously for justice and leave no stone unturned in the process.

Contact us today to schedule a free, confidential case evaluation.