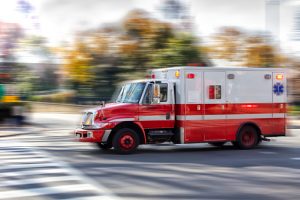 Between January and early April 2019, 16 emergency responders were stuck and killed by vehicles as they dealt with a crash or car fire.

This comes at a time when a survey shows over 70 percent of U.S. drivers take photos or videos when they see emergency vehicles on the road.

The National Safety Council released the survey about driver distraction around emergency vehicles in a post on its website.

“The cruel irony is, we are putting the people who are trying to improve safety in very unsafe situations,” said Nick Smith, interim president and CEO of the Illinois-based, nonprofit National Safety Council.

The survey about driver distraction around emergency vehicles also found that when coming across emergency responders on the road:

For this survey, 2,001 questionnaires were completed between Jan. 22 - Feb. 2, 2019 by U.S. residents 21 or older with unrestricted driver’s licenses. The goal of the survey was to develop policies, programs and educational material that will reduce traffic fatalities.

Police, firefighters and emergency medical technicians are vulnerable because they exit their vehicles to tend to accidents, fires and other problems on highways and other roads with fast-moving traffic.

In 2013, crashes involving ambulances, fire trucks or police cruisers killed 37 people. Another 17,028 people were injured in cases of driver distraction around emergency vehicles.

Only 1 percent of those in the survey said their own driving behavior was below average, but 28 percent said they believed the driving of others was below average. Nobody said they “definitely would not” notice a first responder vehicle with its lights flashing stopped on or near the side of the road.

Other findings from the survey:

All 50 states have a "move over" law that requires that drivers give emergency responders room to work. Police say it's a toss-up that drivers actually will do so, according to a CBS News story in May 2019.

A video posted with the CBS News story shows a Florida Highway Patrol trooper throwing another man to safety right before being hit by a car himself on Interstate 95 in December 2018.