Home > Blog > Distracted driving is a common danger in South Carolina, and the laws may not be strict enough

Distracted driving is a common danger in South Carolina, and the laws may not be strict enough 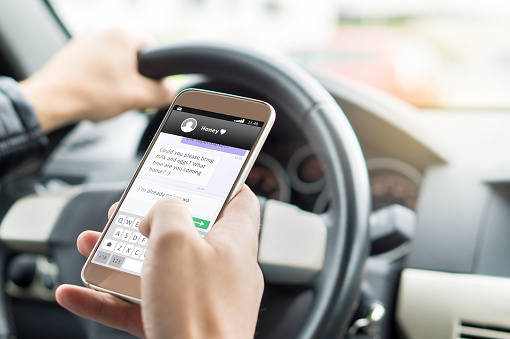 Distracted driving crashes caused nearly 3,000 traffic fatalities across the United States in 2018, according to federal statistics. Phone use while driving is the leading cause of these fatalities. Drivers can be seen using handheld devices at any given moment. Some drivers are good at concealing it, and not getting caught by police.

How strict are the distracted driving laws in South Carolina?

It's currently illegal to text and drive in South Carolina, with emergency situations being the only exception. The penalties for texting and driving are lax, however. Violators face fines of only $25 and have no points added to their driver's licenses.

The current law doesn't apply to other uses of phones while driving. For example, drivers can still make phone calls, use apps, and check notifications — as long as it doesn't involve text-based communication.

South Carolina lawmakers have been pushing for a universal phone ban for drivers since March 28, 2019. The Hands-Free Act (S. 273) would prohibit all phone uses for drivers. The problem with the current law is that drivers who are stopped for suspected texting can claim they were using their phones for other purposes. A universal phone ban would eliminate such an affirmative defense.

If S. 273 becomes law, drivers will no longer be able to:

Penalties under S. 273 would include:

What are my legal options if I was hurt in a crash?

The proposed traffic law may help discourage distracted driving in South Carolina, but it may not prevent it entirely. Some drivers will still break the law and possibly get away with it until they cause a catastrophe.

That's why the attorneys at Twenge + Twombley Law Firm dedicate themselves to holding distracted drivers accountable. If you were injured by a distracted driver, we'd like to help you explore your legal options and devise a winning legal strategy. We serve clients in Beaufort, Bluffton & Hilton Head. Contact us online to set up your free case evaluation.