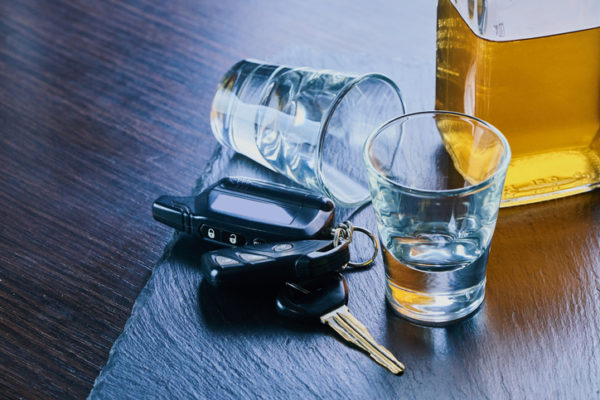 Some people might think it’s no big deal to have a few drinks and then drive, but they're fooling themselves – and putting their lives and the lives of others at risk.

In South Carolina, drunk driving continues to be a very serious problem. According to The State, we have more drunk driving-related deaths than most other states, when the population is considered.

The State, citing different studies, provides statistics and details to show how dangerous South Carolina roads are, in terms of drunk driving accidents:

Police arrest a lot of motorists for driving drunk in South Carolina, according to the report. There were more than 15,000 DUI arrests in 2017.

How to avoid drunk driving accidents

A drunk driver makes a choice to get behind the wheel. The person could have called a taxi or asked a sober friend for a ride. What are the consequences of poor decisions by drunk drivers? They might face thousands of dollars in fines or a suspended license. In some cases, they might be required to use an ignition interlock device, which acts as a breathalyzer. If they have consumed alcohol, they cannot start the car. State lawmakers are considering a tougher law that would require anyone charged with DUI to have an interlock ignition system installed in their car, according to an ABC Columbia report.

The most serious consequence: injury or death. Tragically, hundreds of people lose their lives each year in South Carolina because of drunk drivers, as The State article illustrates.

How an attorney can help

If you were injured or a loved one was injured or killed in a drunk driving wreck, you will have to face the consequences, even though you did nothing wrong. You may be unable to work because of medical treatment or disability. A loved one who died may have provided emotional and financial support for you and your family.

Unfortunately, insurance companies representing at-fault drivers – even those who were drunk – may attempt to downplay the impact of the accident. They may offer a quick settlement that doesn’t begin to cover the costs associated with the crash.

Twenge + Twombley Law Firm has experience dealing with insurance companies and knows how to secure the compensation victims need and deserve. Don’t let the insurance companies take control. Put a knowledgeable and compassionate drunk driving accident lawyer on your side. Contact Twenge + Twombley today if you or a loved one was involved in a drunk driving accident.