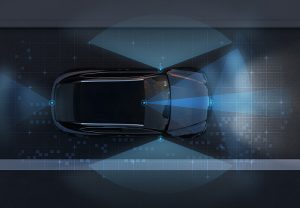 Fatal accidents have been rising at a staggering rate in the U.S., with the death toll averaging around 40,000 per year from 2015 to 2017. So far, 2018’s numbers aren’t much better. Insurance Journal reports that from January through June, the U.S. has already seen 18,720 traffic fatalities.

Meanwhile, the automotive industry has been introducing safety technology designed to help mitigate the risks associated with human error. It’s inevitable that many new vehicles will come equipped with safety features previously unimagined. However, it’s important that South Carolina drivers understand the pros and cons of these safety features.

How emerging technology is intended to prevent accidents

According to Forbes, many new and upcoming vehicles will be equipped with the following safety features:

South Carolina was recently ranked the 3rd deadliest state in the nation for fatal traffic accidents. In 2016, the state averaged 20.5 road deaths per 100,000 people. One of the leading causes was distracted driving.

In South Carolina, texting and driving is a primary offense, which means law enforcement can stop and cite drivers specifically for texting. Despite the consequences, many drivers still use handheld devices while behind the wheel.

While these safety features seem promising, they are not perfect. Modern safety technology is not intended to eliminate human error, but rather mitigate the risks. Drivers must still uphold a duty of care on South Carolina roads.

If you or a loved one was injured in a crash, an experienced Hilton Head auto accident attorney can investigate the cause and find out where negligence occurred. Contact Twenge + Twombley Law Firm today to schedule a free, confidential case evaluation.