Home > Blog > The Most Dangerous Roads in South Carolina

The Most Dangerous Roads in South Carolina 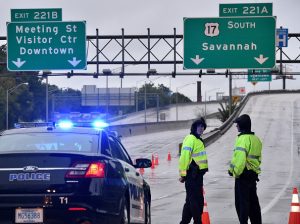 What's one of the most dangerous roads in the United States?

South Carolina’s Highway 17 is right near the top of the list, ranked fourth most dangerous nationwide, according to Skyscanner. This beautiful road winds its way through dense forests. But hills, frequent turns, and blind curves make it extremely dangerous for motorists.

In rural parts of Highway 17, there's an increased risk of animals entering the roadway. This can cause vehicles to stop abruptly or swerve out of the way.

Highway 9 near the Green Sea Road intersection is another problematic area being examined by the South Carolina Department of Transportation (SCDOT). A bus accident that injured 17 people has renewed calls for better safety engineering. The SCDOT studied that same intersection last year, but did not find enough evidence to warrant making any changes, WMBF News reported. Reporters found 13 crashes have injured 27 people at that intersection in the last 18 months.

Bad Roads Being Ignored in SC?

This news comes on the heels of reports posted by our Hilton Head injury lawyers in June after studies determined South Carolina roads are among the nation’s deadliest. Dangerous roads and intersections play a role in many motor-vehicle collisions. Identifying all collision causes, as well as all responsible parties, is critical to making an accident claim. In most cases, a claim of negligence would be made against at least one at-fault party, most commonly another driver.

In some cases, accidents may involve third parties that share a significant legal liability. In the bus accident on Highway 9, for instance, the bus was being operated by a church and was returning from a week-long summer camp in Myrtle Beach. The cause of the collision is under investigation; authorities reported that the bus overturned after a crash with two other vehicles.

Wildlife is another common concern, primarily deer. Striking an animal in the road can cause significant vehicle damage, as well as injuries to occupants. But the biggest danger comes from roadway departures, where a driver taking evasive action can lose control of the vehicle. These types of encounters frequently result in rollover accidents, which are more likely to result in serious or fatal injuries to vehicle occupants.

The next few months will be the most dangerous on the road when it comes to collisions with deer. Motorists are advised to sound the horn several times when approaching. Flicking headlights several times and reducing vehicle speed is also recommended unless the deer is close enough to be startled into your path. Don’t expect deer to move and always expect another deer nearby.

If you or a loved one was injured in a crash, it's crucial that you speak to an attorney at Twenge + Twombley Law Firm as soon as possible.