Over 1,000 Citations Issued in South Carolina Crackdown on Speeding 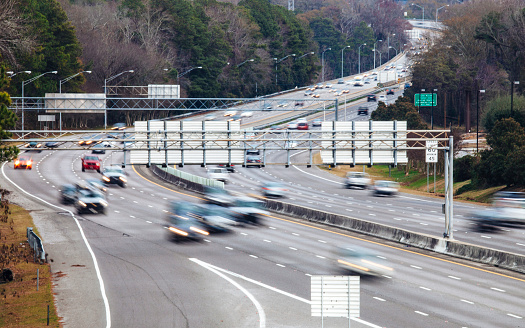 The 6th annual Operation Southern Slow Down is being called a success after the intense law enforcement campaign resulted in more than 1,000 citations over the course of five days in July.

The yearly campaign involves multiple southern states. In South Carolina, the results of the five-day crackdown (July 19 to July 23) were:

Operation Southern Slow Down began in 2017. Over time, police estimate that speed-related traffic deaths decrease by 14 percent during the annual campaign.

This year's crackdown happened amid a series of fatal local car accidents, including:

A map of 2021 fatal crashes shows that highspeed roadways like SC-46, US-278, and I-95 see the most crashes out of any other roadways in Beaufort County.

Speeding accidents are typically caused when the driver loses control of the vehicle. Being unable to maintain command of a car is a lot harder at high speeds. Speeding drivers have less time to react and adjust to oncoming traffic, barriers, roadway debris, animals, poor light and weather conditions, and unexpected moves by other drivers. Alcohol is also a frequent contributing factor to speeding accidents.

Some of the most common types of speeding car accidents include:

The faster a vehicle is moving at the time of impact, the more likely the crash will be fatal. Typically, car accidents at 40 mph or higher are the most deadly. When a car accident isn't fatal, some of the most common speed-related crash injuries include:

If you or a loved one was injured in a crash caused by a driver who was speeding, an attorney can investigate what happened, build a strong case, and fight for the maximum amount of compensation you're entitled to under the law.

At Twenge + Twombley, we are a small law firm that knows how to deliver big results. We are relentless in our pursuit of the financial compensation our clients deserve, and we look forward to seeing how we can help with your potential legal case.

Contact us today to schedule a free case evaluation with an experienced South Carolina car accident lawyer. We serve clients in Beaufort, Bluffton, Hilton Head Island, and other communities throughout South Carolina.