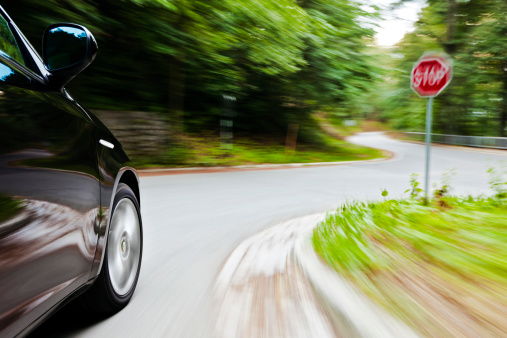 When the pandemic hit in 2020, tight restrictions resulted in Americans driving less. But despite fewer cars on the road, the U.S. saw more than a 7% increase in traffic fatalities. An analysis found this was largely due to drivers engaging in more risky behaviors that caused car accidents. Sadly, this trend seems to be continuing into 2021.

The National Highway Traffic Safety Administration estimates that 8,730 people died in accidents on the nation’s roads in the first quarter of 2021. That’s more than a 10 percent increase during the same period in 2020. But there was also hope that fatality rates are beginning to go down.

The NHTSA said the reason for this increase in road deaths appears to be the same as last year. These include risky driving behaviors such as speeding, driving under the influence of alcohol or drugs, and not wearing seatbelts.

The agency released an updated guide on improving highway safety focused on “encouraging more conscientious behavior on the roads and deterring risk-taking.”

“We must address the tragic loss of life we saw on the roads in 2020 by taking a transformational and collaborative approach to safety,” acting NHTSA administrator Steven Cliff said. “Everyone – including those who design, operate, build and use the road system – shares responsibility for road safety.”

Spokeswoman Lucia Sanchez said it was too early to draw a conclusion for the rest of the year, noting that the effects of stay-at-home measures throughout the country weren’t fully felt until April 2020.

A bad crash can have devastating consequences

Car accidents can change lives in seconds. People are killed. Survivors may suffer serious injuries that require extensive medical treatment and sometimes lead to a permanent disability. People are left unable to work and take part in their usual activities.

Crashes can also have a devastating financial impact. If a loved one who was a provider is killed, families are left without an income. Medical expenses for survivors can add up quickly. The bills for ambulance rides, diagnostic tests, surgery, hospitalization, medication, physical therapy, and follow-up appointments with doctors can become overwhelming.

Insurance companies are supposed to help after someone has been hurt or killed in an accident. But recovering fair compensation is often complicated.

The challenges of recovering compensation

Why? Because insurance companies are in business to make money. And issuing payments on claims hurts their bottom line. So they have developed many tactics to try to reduce the amount of compensation they pay for claims.

Another common tactic insurance companies use is to make a settlement offer – a lowball offer that falls far short of covering the damages you’ve suffered. They are betting that you won’t want to get into a fight with them and will just take what they are offering.

That’s why it’s important to have an experienced attorney on your side. At Twenge + Twombley, our attorneys have been fighting for the rights of the injured in Beaufort, Bluffton, and throughout the Lowcountry for 15 years. They know how to build strong cases that get results.

If you’ve been hurt or lost a loved one in a car accident, contact us to schedule a free consultation.