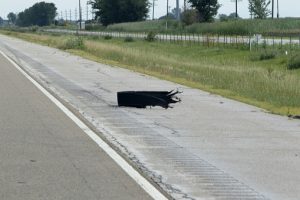 While there are many causes of traffic accidents, road debris continues to be a familiar culprit in South Carolina traffic collisions. Pickup trucks and big rigs are especially common sources of road debris. They are commonly carrying cargo that, without being properly secured, can easily become trash in busy travel lanes. Victims who are injured in traffic accidents caused by road debris may have the legal right to be compensated for their financial losses. When you consult with a Hilton Head car accident attorney, you can arm yourself with the knowledge that will allow you to assert your legal rights as an accident victim.

In some circumstances, road debris is caused by natural disasters. WTOC reported on the amount of debris collected in Beaufort County after Hurricane Matthew in 2016, and what was being done to prepare for Hurricane Irma in 2017. Hurricane Matthew cost the county millions of dollars to clean up debris. In addition to the taxpayer dollars spent on cleanup efforts, the debris also caused hazardous conditions on local roadways long after the hurricane had passed.

In other cases, the debris or road hazard is unintentionally left behind by earlier accidents. According to The Beaufort Gazette, one such incident occurred when three motorcycles were being driven across Yemassee; one of them hit a pothole. A total of four riders were injured, and one eventually died. One of the survivors is now suing both the South Carolina Department of Transportation and the construction company which had been hired to repair the road. He was injured when his motorcycle collided with the debris of another motorcycle.

South Carolina is taking steps to reduce roadway debris. The Post and Courier reports that Palmetto Pride and Keep South Carolina Beautiful have teamed up to purchase 5,000 mesh tarps. Beginning in February, the advocacy groups will begin distributing the tarps and bungee cords free of charge to vehicle owners in order to help them properly secure cargo loads in their vehicles. While the groups leading the charge are beautification committees, the consequences of road debris are far more serious than littered roadways. The director of Palmetto Pride recounts the story of a woman transporting a box spring in the back of her pickup truck. The box spring fell, broke, and quickly became lodged in the wheels of the truck. The vehicle abruptly stopped moving.

There are many parties that may be legally responsible for causing an accident caused by roadway debris. Negligent drivers, transportation companies and road repair crews may all have a legal obligation to compensate victims who are injured by resulting road debris. A driver's violation of Section 56-5-4100 of the South Carolina Code of Laws may also be used as evidence that he or she negligently failed to secure a cargo load. The advice of a Hilton Head car accident attorney can help accident victims protect their legal rights after any road debris auto accident.