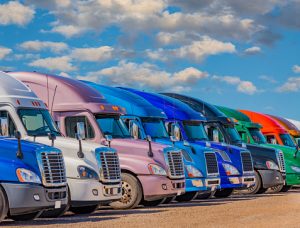 Truck accidents occur on the roads of South Carolina every day. These accidents can inflict serious - and even permanent - injuries, devastating to victims and their families.

Hilton Head truck accident lawyers know that these cases are often more complex than other types of collisions for several reasons. The first is that large trucks cause significant damage, which means the stakes are higher. Beyond that, there are typically numerous defendants in these cases, including the driver, the carrier, the owner of the vehicle and anyone else who may be involved.

A number of new safety features being introduced may help reduce the danger.

AAA reports that, in 2015 alone, truck accidents were responsible for the deaths of over 4,000 Americans. An additional 116,000 were injured.

To further investigate the problem, the AAA Foundation for Public Safety issued a report on the efficacy of new truck safety features, entitled Leveraging Large Truck Technology and Engineering to Realize Gains. This study examined four safety features for large trucks to determine the costs and benefits of each. The features investigated were: lane departure warning systems, automatic emergency braking, air disc brakes, and video-based onboard safety monitoring. These four systems were projected to save a total of five hundred lives each year (more than ten percent of the total truck accident deaths experienced in the United States in 2015). They were also estimated to prevent more than 75,000 truck accidents every year.

Truck platooning is another safety technology that is showing early promise in preliminary tests. According to Reuters, truck platooning is a process by which large trucks travel together - one behind the other - in order to save fuel. The trucks are digitally connected to one another, and the automated driving features improve safety for all drivers on the road. Eventually, platooning technology will allow for one lead vehicle to be piloted by a live driver, while drivers in the trucks behind the lead vehicle sleep or rest.

While the regulations that would allow such autonomous fleets are still a long way off, the trucking industry could see a significant return on investment for autonomous technologies when those changes do come. There is also a "huge efficiency potential" in being able to move cargo without federally mandated rest breaks.

While current road regulations do not allow the technology to be widely employed with all autonomous features engaged, Reuters reports that several states have allowed limited testing of the technology (usually with human drivers in all vehicles, prepared to take over in the event that the self-driving features fail). Truck platooning tests have already begun in Europe, where the European Truck Platooning challenge has done much to publicize the technology. Automotive World reports that the United Kingdom will allow platooning tests in 2018. Here in America, nine states currently allow platoon testing, and Oregon is the latest state to join the fray. Trucks.com reports that Daimler, a German automaker, has received permission from the Oregon Department of Transportation for its truck division to test platooning technologies on public roadways. This permission was granted after successful trial runs were conducted at Daimler's proving grounds in Madras, Oregon. Many more states are expected to follow suit, and Arizona plans to allow limited commercial deployment. The Federal Highway Administration also recently announced successful tests of three-truck platoons in Centreville, Virginia, just miles outside of the nation's capital.

If you or a loved one has been involved in a truck accident, our Hilton Head truck accident attorneys can help protect your legal rights.