Home > Blog > Research shows that South Carolina's distracted driving laws are among the most lenient in the U.S.

Research shows that South Carolina's distracted driving laws are among the most lenient in the U.S. 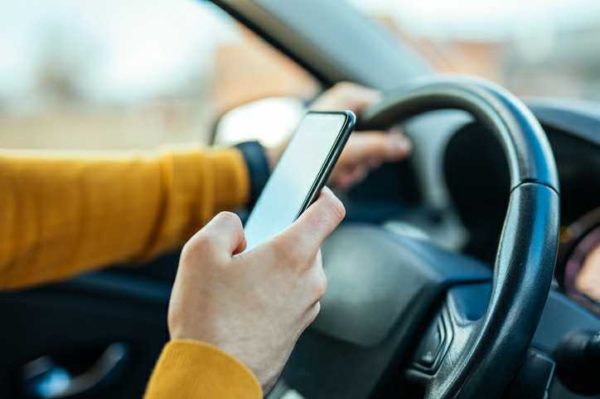 For many drivers, the urge to use a cellphone and multitask behind the wheel is hard to resist. Some drivers may occasionally tune their radios or take a sip of coffee. While this may seem harmless, any visual, manual, and cognitive distraction can potentially lead to a crash.

Cellphones and other mobile electronic devices have taken distracted driving to a whole new level. According to the National Highway Traffic Safety Administration, texting is the most dangerous form of distraction because it takes an average of five seconds to send or read a text message. When traveling at a speed of 55 mph, that is the equivalent of driving the length of two football fields with your eyes closed.

Distracted driving can result in collisions, injuries, and traffic fatalities. In fact, it has led to more than 2,800 fatalities across the U.S. in 2018.

Distracted Driving Awareness Month is held every April, but was canceled this year due to the COVID-19 pandemic. However, studies examining state regulation and enforcement of distracted driving were released earlier this year, according to Forbes.

Each state was scored for how well distracted driving was regulated and enforced by the law. The criteria included:

South Carolina ranked very poorly in the study at 48 and with a score of 33.9 out of 100. Unlike many other states, South Carolina doesn't have a universal cellphone ban for drivers. There is a ban on texting and driving, but drivers can still make phone calls and use cellphones for other purposes. Moreover, drivers may be able to argue that they weren't texting after being stopped by police.

Distracted driving is a growing, yet underreported, problem

We don't really know how prevalent distracted driving is, because many cases don't get reported, according to the National Safety Council. In addition, there's not always a way to tell if a driver used a cellphone immediately after a crash without admittance of guilt. This can only later be discovered through a subpoena of cellphone records.

“On a typical day, more than 700 people are injured in distracted driving crashes,” according to the National Safety Council. “Talking on a cell phone – even hands-free – or texting or programming an in-vehicle infotainment system diverts your attention away from driving.

If you or a loved one was injured in crash with a distracted driver, it's critical that you speak to an experienced South Carolina car accident attorney who can investigate, subpoena cellphone records and piece together a legal claim with solid evidence.

The legal team at Twenge + Twombley Law Firm can also take on the insurance company who represents the at-fault driver and help you get compensation for medical expenses, lost wages, and other damages accrued from your crash.

To schedule your free case evaluation, contact us online or call our Beaufort office at 866-452-6315.