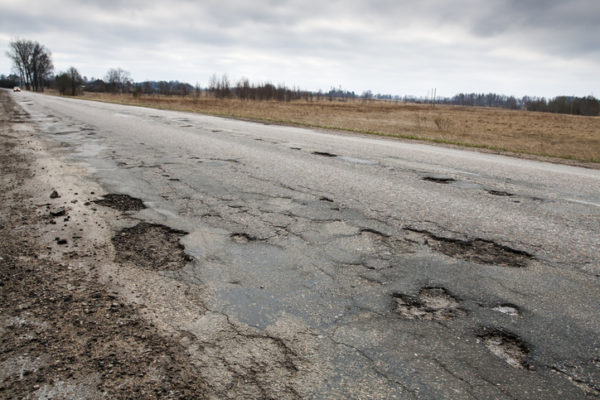 How safe do you feel driving on South Carolina roads? If the answer is "not so safe," recent research might explain why.

According to a study conducted by Consumer Affairs, South Carolina has the worst roads in the United States.

In the study, each state's roadways were ranked on the following criteria:

Why were South Carolina's roads ranked the worst in the nation?

These combined factors didn't look so good for South Carolina, which ranked worse than Louisiana, Hawaii, Rhode Island, and Delaware. Here's why:

According to the study, there is some hope for South Carolina roads. The state increased the gasoline tax by 4 percent, generating more than $149 million for roadway improvements.

Are poorly maintained roads a factor in car accidents?

Roadway conditions can significantly impact driver safety. For example, potholes can create a swerving hazard or cause tire blowouts on high-speed roadways.

Poorly maintained roads, however, aren't always the culprit behind serious and fatal car accidents. Many times, it's the way drivers navigate rough roadways. Speeding on bumpy road surfaces or driving too fast for conditions often causes drivers to lose control of their cars.

The car accident attorneys at Twenge + Twombley Law Firm have seen the devastation caused by both unaddressed road defects and reckless driving on poor road conditions.

Our experienced legal team represents crash victims in Beaufort, Bluffton, and Hilton Head. No matter how complex your crash may be, we can get to the bottom of it. To find out how we can help you, contact us online and schedule your free case evaluation.