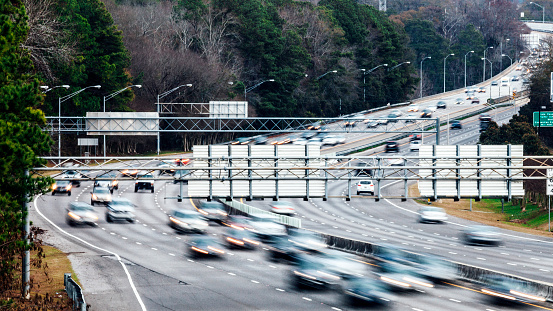 Everyone has a story involving poor driving behavior they’ve witnessed on the road. Every year there are car accidents involving drivers who were speeding, texting, or operating under the influence. A new study has made it official: South Carolina has some of the worst drivers in the United States.

That’s overall. But in one category, with a car accident death rate of 1.73 per 100 million, South Carolina was the worst out of all 50 states. Among the top 10 states with the worst drivers, in the careless driving category, South Carolina had the worst cyclist death rate (0.50), and the second-highest percentage of fatal accidents involving speeding (45.85%).

A plan to improve traffic safety

The South Carolina Department of Public Safety (SCDPS) and the South Carolina Department of Transportation (SCDOT) are currently in the middle of their 2020-2024 Strategic Highway Safety Plan. The goal of the plan is to “reduce fatalities and serious injuries on all public roadways during this period, with the vision of eliminating both at some point in the years that follow.”

The plan outlines a strategy for addressing several emphasis areas, including:

From 2014 to 2018, an average of 1,463 people were killed or seriously injured in speed-related collisions each year. The state plans to step up enforcement, particularly in areas with a high percentage of speed-related crashes, and increase public awareness of the risks of driving at unsafe speeds.

From 2014 to 2018, an average of 1,058 people were killed or seriously injured in intersection accidents each year. The state plans to add more roundabouts and is requiring traffic signal enhancements such as backplates with retroreflective borders and the use of LED signal indications.

An average of 851 people who were not wearing seat belts were killed or seriously injured in crashes each year from 2014 to 2018. The state plans to increase enforcement through campaigns such as “Buckle Up, South Carolina” and spread public awareness.

From 2014 to 2018, an average of 911 people were killed or seriously injured in impaired driving collisions. The state plans to increase the number of high-visibility DUI programs and conduct education and outreach programs.

If you’ve been injured by a negligent driver, you deserve financial compensation for medical expenses, lost wages and other damages you suffered. But negligent drivers often deny doing anything wrong. And insurance companies give you a hard time because they are only interested in paying you as little as possible.

The experienced car accident lawyers at Twenge + Twombley fight for the injured in Beaufort, Bluffton, Hilton Head and surrounding areas in South Carolina. We know how to build strong cases and fight back against insurance companies to recover the compensation you deserve.

Learn more about how we can help. Contact us to schedule a free consultation.