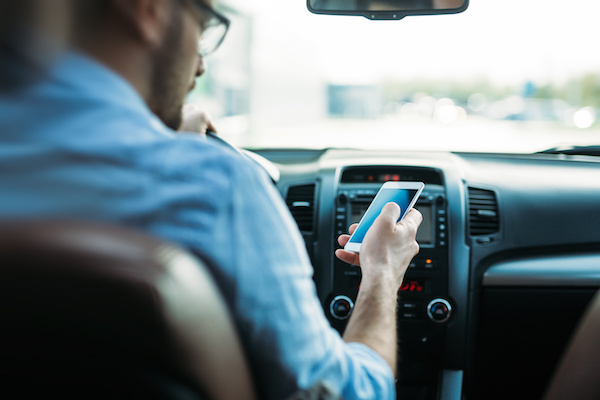 Many vehicles are equipped with partial automation systems to assist drivers when on the highway. That does not make them self-driving cars. But a new study suggests that many drivers seem to forget that.

Researchers from the Insurance Institute for Highway Safety (IIHS) surveyed about 600 owners of vehicles equipped with Cadillac Super Cruise, Nissan/Infiniti ProPILOT Assist, and Tesla Autopilot. They found that regular users of these features were more likely to eat, text, and perform other activities not related to driving when using the partial automation systems.

“The big-picture message here is that the early adopters of these systems still have a poor understanding of the technology’s limits,” said IIHS President David Harkey. “But we also see clear differences among the three owner populations. It’s possible that system design and marketing are adding to these misconceptions.”

Of course, these behaviors put the driver and everyone else on the road at risk of being injured or killed in a serious car accident. If you were hurt in a crash that wasn't your fault, you may be entitled to compensation. Contact our law firm today for a free case evaluation to see how a car accident lawyer can help you.  We serve clients in Beaufort, Bluffton, Hilton Head Island, and other communities throughout South Carolina.

Useful technology that has limitations

Most partial automation systems have two main features that can aid people with highway driving. One is adaptive cruise control, which keeps a vehicle traveling at a speed set by the driver. The technology also slows and accelerates the vehicle as needed to maintain a set distance from vehicles in front.

Lane centering helps a driver keep the vehicle in the middle of a lane on the road by providing continuous steering support. Some systems are more advanced, offering features such as lane changes.

But track tests and real-world crashes have demonstrated that partial automation systems often don’t recognize and are not capable of reacting to common driving situations and certain features seen on the road.

The problem is that the level of assistance they do provide makes it easier for drivers to become distracted and less attentive to the task of driving.

The study also found that drivers who used Super Cruise or Autopilot were more likely to engage in activities that took their hands off of the steering wheel and their attention away from the road. They were also more likely to have partial automation systems that helped them perform non-driving activities.

If you were injured in a car accident, talk to a lawyer

Distracted drivers are a danger on the road, no matter what kind of partial automation systems their vehicles may have. They cause car accidents that leave people with serious injuries and in need of costly medical treatment. But they may deny any responsibility for causing the crash, and victims have to fight insurance companies for fair compensation.

The experienced car accident attorneys at Twenge + Twombley know how to build strong cases that hold negligent drivers accountable. We are familiar with the tactics used by insurance companies to minimize claims. We know how to fight back to help the injured recover the financial compensation they deserve.

If you were hurt in a car accident in Beaufort, Bluffton, Hilton Head Island, or anywhere in South Carolina, we can help. Contact us to schedule a free case evaluation.