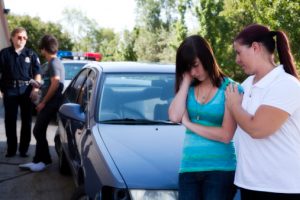 According to Insurance Information Institute (III), around 7.7 percent of South Carolina drivers are not in compliance with laws requiring all motorists to have a set minimum amount of liability coverage. Motorists are expected to carry bodily injury liability coverage because people cannot afford to pay for the costs if they cause a collision. Motorists who do not have insurance coverage can put victims in a bad spot if they cause an auto accident resulting in injury or death.

Some motorists do comply with insurance laws, but they buy only the minimum insurance required and have insufficient coverage if they cause serious or fatal injuries. These motorist also put victims in a bad situation. Those who are hurt in a car crash should be able to get compensation from a driver who was at fault for harming them. If there is no insurance or not enough insurance, a victim could be facing the possibility of uncompensated losses.

The Rights of Victims Following an Uninsured Motorist Accident

In South Carolina, a victim could pursue a case against that motorist that hurt them, regardless of what kind of insurance the motorist has. The victim would be entitled to compensation after proving the other driver caused the crash through negligence or wrongdoing. The problem arises when the victim is awarded compensation by the court but there is no insurer to pay the full amount of damages due. In this case, actually collecting the money owed can be a major challenge.

A victim can try to collect personally from the driver who caused the crash. There are legal tools that can help, such as wage garnishment. However, these tools only work if the person who caused the accident actually has money and property. You cannot get money from someone who has none to give you, even if the court says that you are entitled to receive compensation.

You may also be able to get your insurer to pay for the losses which the uninsured or underinsured driver caused you to experience. South Carolina requires the purchase of uninsured motorist coverage, which is great news for those involved in a crash with a driver who did not have a policy. You can make your injury claim on your uninsured motorist policy in order to recover the compensation your are entitled to receive.

Your insurer will pay for losses, up to the limits of your policy, so you are not left uncompensated when you got into a crash with a driver who had no insurance. You can consult with an experienced attorney for assistance in making the claim under your uninsured motorist coverage, as your lawyer will assist you in working with your insurer to get fair compensation for your damages resulting from the motor vehicle accident.