Home > Blog > Why Seek Medical Attention after a Rear-End Crash in Beaufort?

Why Seek Medical Attention after a Rear-End Crash in Beaufort? 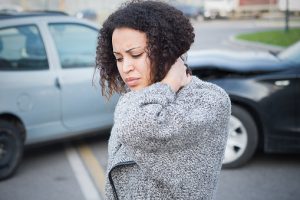 If you've been in a Beaufort rear-end accident, you may not know what to do to protect yourself after the crash. You want to protect your rights and ensure you can get costs from the crash covered- but how can you do that? One of the most essential steps you can take is to get medical help. You should seek medical attention after a rear-end crash even if you aren't sure you actually are badly hurt enough to necessitate going to the doctor.

Why Seek Medical Attention after a Rear-End Crash?

You should seek medical attention after a rear-end crash because you will need to have medical records in order to get compensation for collision losses.

Rear-end crash victims have to determine which driver was at fault so they can determine who can make claims against a bodily injury liability policy. Usually, the rear-driver is presumed at fault and motorists in the vehicle which was hit from the back are able to pursue a claim against the rear driver's insurer.  There are rare cases where rear-drivers can try to argue front drivers were to blame and try to get compensation, but this is a complicated case to prove since the driver in the rear is obliged to leave a safe following distance.

If you can prove the rear-driver was at fault, this is still not sufficient to entitle you to compensation from the crash. You also have to prove the extent of injuries caused by the accident. This is why it is so important to get medical help. The other driver's insurer will pay for economic and non-financial losses up to policy limits, but these losses are calculated based on how badly you were hurt and how much you lost as a result of the injuries.

Without proof of the injuries, the insurer is not going to pay you compensation. You need to go to the doctor right after the accident happens so you can get a medical professional to identify all of the injuries the crash has caused you to experience.

You should have detailed medical records showing the injuries, identifying the crash as the cause, and demonstrating the extent of the injuries. When crash victims have comprehensive medical records, they can use them to negotiate an out of court settlement with an insurer or to pursue a civil case in court to get compensation for losses.