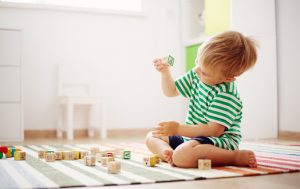 The holiday season is fast approaching, which means that many children will begin receiving gifts. Starting at Halloween and moving into winter holidays, kids frequently get new toys from friends, relatives and loved ones. While these new toys can present lots of excitement for kids, there is also a risk that some of these new consumer products may turn out to be dangerous or defective.

The Consumer Product Safety Commission (CPSC) works to prevent dangerous toys from being sold on the U.S. Market. While the CPSC has developed a comprehensive safety and regulatory program designed to protect kids from hazardous products, this system is not perfect and risky toys can sometimes be sold. Parents need to be aware that any new toy coming into the home could cause potential safety problems and should regularly check to determine if any of their children's toys have been subject to a recall. A personal injury lawyer should also be consulted if it turns out that a dangerous product was sold and caused harm to a child.

Keeping dangerous toys off the shelves is always the goal, and the CPSC has imposed testing requirements on toys in an effort to ensure that nothing dangerous is sold. The CPSC requires that all toys that will be sold in the United States must undergo testing by independent third party laboratories. These labs are located worldwide and any toy from anywhere must undergo testing for lead, phthalates and other hazards.

If toys are not tested or do not pass the testing, the toys should be prohibited from coming to the United States. U.S. customs has worked with CPSC ago prevent 9.8 million units of defective toys from coming into the United States in the past five years. More than 3,000 different types of dangerous toys were kept out of the country and off the shelves.

Unfortunately, some high-risk products still end up making it to the consumer market. When this occurs, toys may need to be recalled or pulled off of the shelves. In 2013, a total of 31 toys were recalled because of defects. In 2008, a total of 172 toys were recalled. Over the course of this year, 19 recalls were prompted by the fact that there was too much lead in the toys.

A recall can remove dangerous products, but sometimes kids get hurt before the risks of a toy become apparent. In 2010, a total of 19 children were killed because of defective toys. In 2011, there were 17 child fatalities due to toy defects. In 2012, preliminary data has revealed 11 fatalities but the death rate may actually be higher once the final numbers are calculated. If a defective toy comes to the market and a child is hurt or killed, victims may be able to pursue a claim for compensation.

To protect their kids from dangerous toys this holiday season, parents should regularly check the website of the Consumer Product Safety Commission to determine if any of the gifts their kids are receiving have been recalled.

A South Carolina personal injury attorney can help if you've been injured or a loved one was killed in an accident. Contact Twenge + Twombley today at 866-452-6315 for a free case consultation. Serving Beaufort, Hilton Head Island, Bluffton and all of South Carolina.