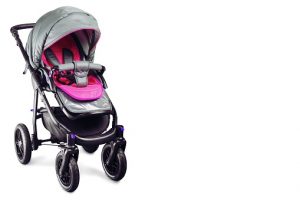 Parents shopping for baby items need to be very careful to that they are purchasing products that are safe for use with small, vulnerable infants. Parents also need to follow manufacturer instructions carefully when using these items, though doing so is no guarantee a child won't get hurt. This is because every year, tens of thousands of kids are injured in accidents caused by issues with baby gear. Some get hurt when the products are not used properly. Others are seriously injured or even killed as a direct result of product defects.

Manufacturers, product designers, and distributors of baby products that are found to be unsafe could be held accountable if an injury happens as a result. The manufacturer could be sued by parents in a product liability claim, which involves parents proving the manufacturer's product caused harm when used as intended. Even in cases where products were not used as intended, parents may be able to assert the misuse was foreseeable and thus the company should still be liable.

If a parent proves this, the manufacturer could be compelled by a court provide compensation for economic losses, as well as damages for pain and suffering. Cases in which this happens are not only common, they are on the rise, according to new research.

More Kids are Getting Hurt Due to Problems with Baby Gear

Scientific American reported on a comprehensive study of injuries associated with baby products. Research was conducted from 1991 to 2011, and study authors monitored trends in reports of products causing harm to kids.

According to the research, a decline in injuries happened early on in the study, thanks to heightened awareness of the dangers of baby walkers. But then injury rates rose again. In fact, in the last four years of the study, there was a surge of injuries. The number of kids hurt in accidents involving baby products rose by a staggering 24 percent.

Some of the products most likely to cause harm include baby carriers, children's cribs, bedding materials, strollers, walkers, and exercisers. Exercisers accounted for 16 percent of accidents, strollers for 17 percent, cribs and mattresses for 19 percent, and baby carriers for 20 percent.

Sometimes, parents may not use products as intended and this can cause harm. An example of this is when a parent puts a baby carrier on a table instead of on the floor, or when a child isn't properly buckled into a baby carrier. In many other situations, however, a problem inherent to the product's design or the way it is made is the cause of  harm to the child.

A child gets hurt around once every eight minutes, amounting to 66,000 children injured each year. During the time when researchers looked at injuries attributed to baby products (1991 to 2011), there were a total of 1.4 million injuries resulting from accidents using these common baby products.

Manufacturers must do better in ensuring products are safe and parents are provided with proper instruction and warnings for product use so children do not get hurt. If a problem happens, determining who is to blame is imperative. Product liability laws allow all those within the "chain of distribution" to be held liable in the event a defective product causes injury.