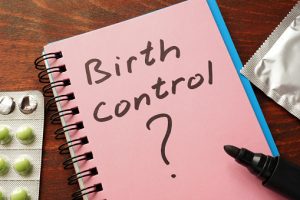 Injuries caused by Essure birth control devices prompted the U.S. Food and Drug Administration (FDA) to place restrictions on the sale and distribution of Essure in 2018. Soon after, Essure’s manufacturer, Bayer AG, announced it would stop selling and distributing Essure devices in the United States after Dec. 31, 2018, “due to declining sales of the product,” according to an FDA announcement.

But just because Bayer AG has decided to stop selling the product without admitting any wrongdoing does not mean that this corporation is no longer responsible for injuries sustained by thousands of women who used Essure devices. Instead, lawsuits against Bayer AG will continue to move forward and additional lawsuits may continue to be filed against Bayer AG by women harmed by Essure devices, according to South Carolina product liability attorneys J. Ashley Twombley and Karl D. Twenge of Twenge + Twombley Law Firm in Beaufort, S.C.

“Simply deciding to stop selling Essure does not clear Bayer AG of wrongdoing,” the attorneys said. “Many Essure devices caused serious harm to numerous women. And these women deserve to be fairly compensated for their injuries and their pain and suffering.”

Conceptus Inc. developed Essure devices in 1998 and began selling the birth control devices in the United States soon afterward, according to Bloomberg News. These metal coil-like devices were designed to be permanently placed in a woman’s fallopian tube in order to prevent pregnancies from occurring. At the time, Essure devices were the only permanent form of female birth control without a surgical procedure.

Several studies were conducted concerning the safety of such devices. However, many of the studies only focused on the short-term health effects of Essure, even though such devices were designed to be permanently inserted inside a woman.

In 2013, Bayer AG purchased Conceptus Inc. Since then, Bayer AG has been hit by numerous lawsuits from many women who sustained serious or fatal injuries due to using Essure devices. The FDA placed restrictions on the sale and distribution of Essure devices in the United States on April 9, 2018, according to an FDA news release.

Essure devices have been linked to the deaths of several women, according to the FDA. That’s why it’s important for injury victims their families to understand their legal rights and all the options available to them.

Numerous lawsuits been filed against Bayer AG by women and surviving family members for injuries or deaths caused by Essure birth control devices. Many of these cases are ongoing and have yet to be resolved.

Trying to make sense of all the rules and regulations in such a complicated case can be confusing. That’s why it’s important to talk with an experienced personal injury lawyer familiar with product liability cases. That’s why we want to meet with you. To learn more about all your legal options, simply contact us and schedule your free case evaluation today.